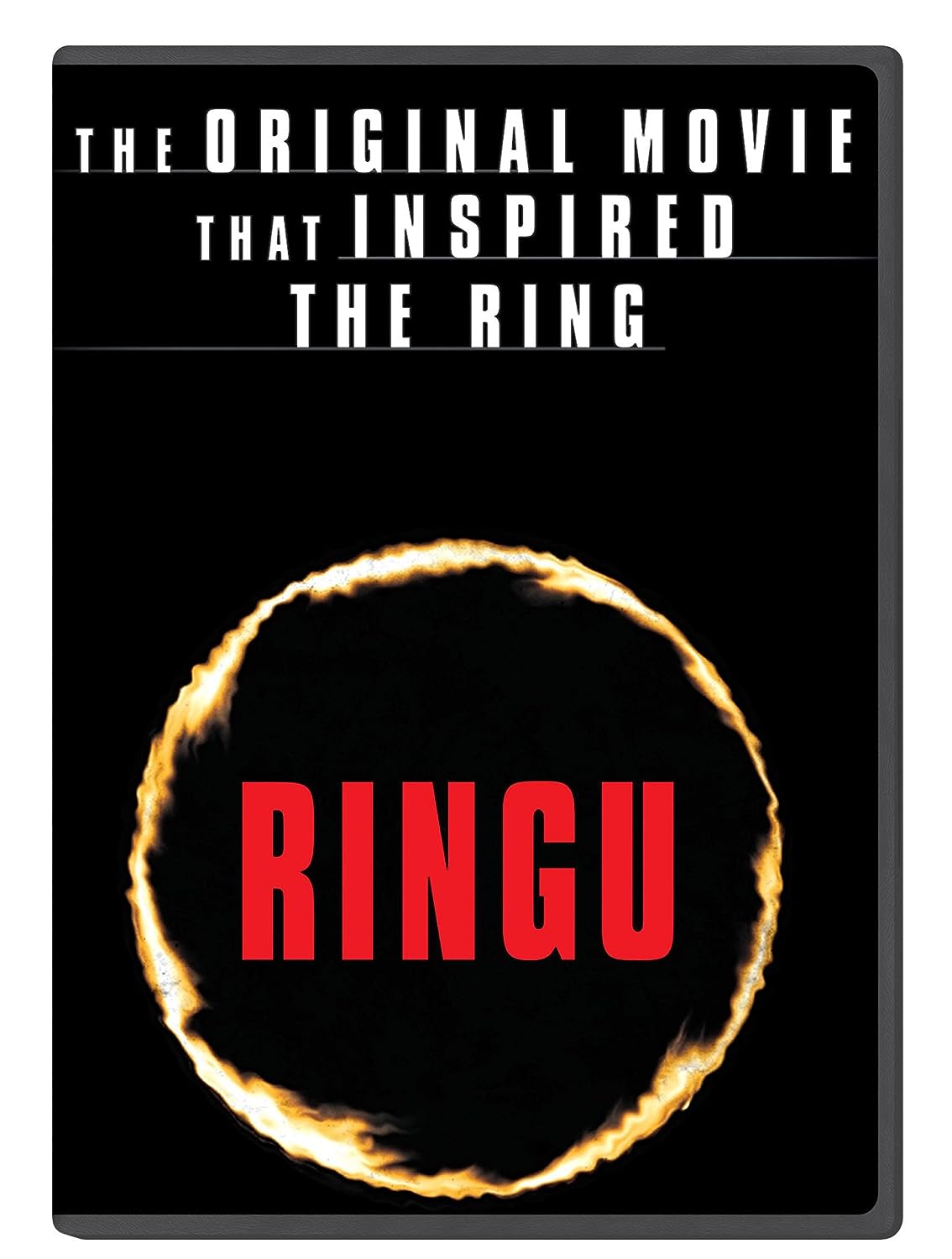 -Ringu is based on The Ring Cycle novel series by Koji Suzuki, but the archetype for this story is actually a Japanese ghost story called Bancho Sarayashi.

-Yuko Takeuchi, who played Tomoko (the first victim shown onscreen) has done the Japanese dub voices of Rose from Titanic and Joy from Inside Out.

Here we are, folks. This review deals with one of the film franchises that kickstarted the J-horror craze.

Movies like Ringu and Ju-On got a slew of American remakes to capitalize on their originator’s creepiness and usage of horror. To be fair to the Hollywood counterparts, at least I appreciate them buying the rights and giving credit to the original creators instead of certain other movies I can name. Okay, now onto the review.

I’m sure some of you know the basic plot about Ringu if you’re familiar with it’s American adaptation The Ring. For those of you that don’t, allow me to fill you in. There have been mysterious murders around and they are connected to a cursed videotape. When people watch it, they get a message that they will die in exactly a week after watching it (insert obligatory “seven days…” meme). Each viewer also gets a strange phone call and they will suddenly die with a horrified look on their face. It’s up to reporter Reiko Asakawa and her psychic ex-husband Ryuji Takayama to figure out the mysteries of the strange VHS tapes.
Ringu definitely knows how to use atmosphere when it comes to horror. This movie doesn’t rely on cheap jump scares or slasher gore fests. The sound editing, the mysterious undercurrent, and supernatural elements give Ringu it’s creepy vibe. The faces of the victims are quite unsettling as they die with horrified screaming faces. You also know about the iconic scene with the spirit Sadako (the original Samara) crawling out of the TV which is just frightening to watch. David Cronenburg wishes he could have made a “popping out of the TV” scene this unsettling when he made Videodrome. Normally that scene would be a spoiler, but everyone knows that part of the movie despite not seeing it. However, I will not add the context around it because that would kill the plot-related elements. Watch it for yourself.  The characters are good for this movie, and it is refreshing to see protagonists who aren’t idiots in a horror flick. Reiko is a very competent reporter who’s determined to solve this case. She’s also a single mom who makes sure her son Yoichi is doing well. Ryuji is the stoic and no-nonsense esper who is able to fill in the blanks for the plot and even getting into the backstory of the people involved with the tape and uncovering a major secret buried in Izu where the tape was filmed. Reiko could be a damsel in distress in most other movies in this genre. While she has moments where she becomes freaked out (and rightfully so), she is able to move forward to do her job whether it’s by herself or being forced to snap out of it by Ryuji (although one way was questionable though).

The cinematography works just fine here. The lighting and effects are quite serviceable for the scares and atmosphere of the movie. Nothing too high budget, but not shoddy in any way. However, given that this was filmed back in the late nineties, it certainly shows and not just with the film age. Ringu really dates itself with the photos taken that have “1997/’97” marked on it, there are payphones around, the cell phones are as big as bricks, and the fact that VHS tapes are a major plot device to drive the story along. I get that the tapes were filmed long ago even by that story’s timeline, but that will throw off some younger viewers and wonder why there weren’t DVDs used despite existing at the time of filming.

While Ringu is a genuinely scary movie, it does meander and get too slow at times. Some of the work and investigative scenes get pretty dull at some parts of the movie when they don’t involve any of the crazy supernatural elements. Sure, a movie like Ringu wouldn’t work with a breakneck pace since there needs to be time to build up to the secret with the clues around, but sometimes my patience was tried during some of the slower elements of the film.

Then there’s Sadako. Oh boy, she is certainly a frightening character despite not getting much screen time compared to other horror movie figures. When she does appear, it counts though. You briefly see her in the flashbacks and she does have a tragic backstory. Her presence in the tapes will send chills to everyone. You never see her face since it’s covered by her unkempt long locks. The closest you see of her is a close-up of one of her eyes which certainly gave me goosebumps. She has certainly earned her place in horror film history even though more people know her American counterpart Samara more.

Ringu is a good horror film, but it is slightly overrated despite the huge influence it has over the genre. The scary scenes certainly live up to the hype and the mystery elements are quite intriguing. However, the aged elements and some boring scenes do dampen the experience a bit. In case you’re wondering, yes; I do like Ringu more than The Ring. Check it out, but just don’t watch it at night with the lights all off though.
Adjustable Point System:
Add 1 point if you like J-horror
Add 1-3 points if you’re a fan of the American adaptations such as The Ring
Subtract 2-3 points if you’re not a fan of supernatural horror
Pros:
-Incredible creepy atmosphere
-Great sound editing
-Solid acting

Content Warning: Teens and up. People do die in horrific ways despite not being a gory movie at all. The well scene where they find the remains of one of the people involved in the mystery is all kinds of nausea fuel. There’s a couple of swears here and there, but this movie is way too scary for younger viewers given the content of Ringu.