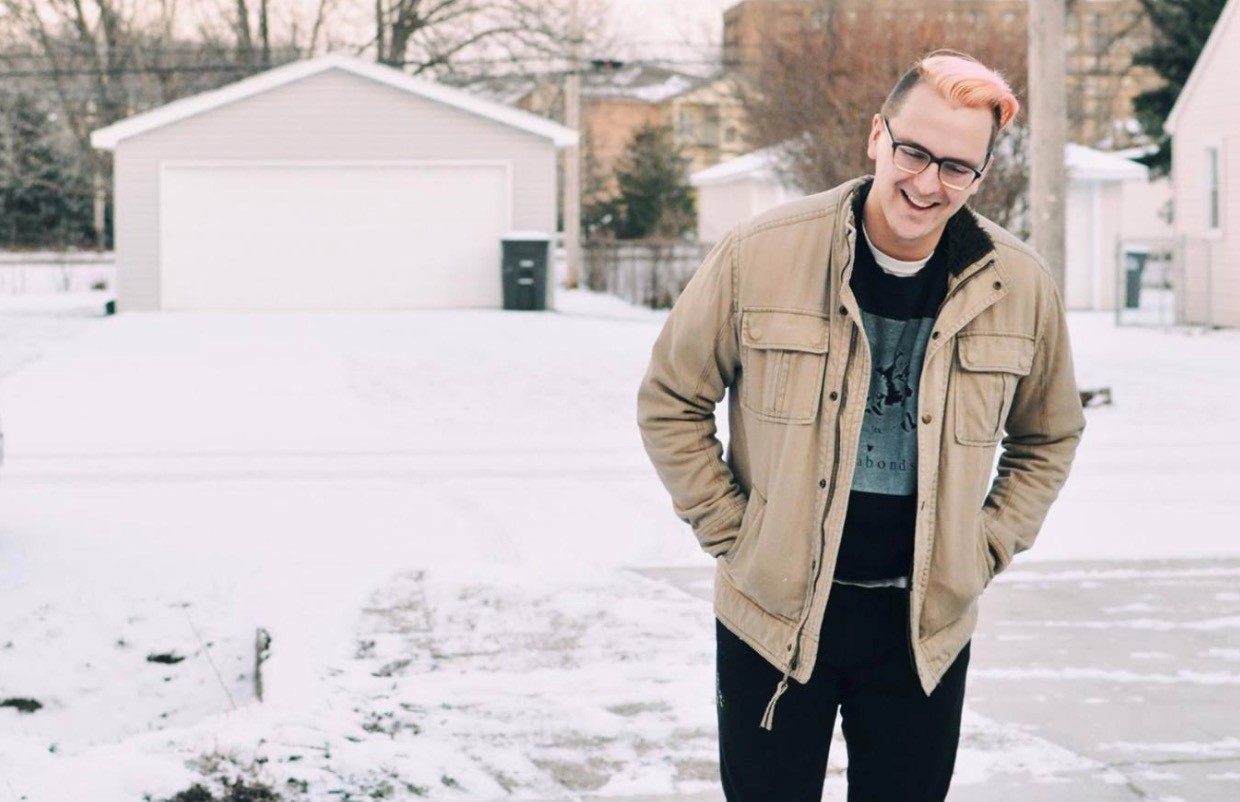 AKA: N/A
Genre: Spoken Word Poetry/Abstract
Year Released: 2017
Distributor: Unlicensed
Origin: USA
Running Time: 12 minutes
Rating/Recommended Audience: PG
Related Films/Series: N/A
For Fans Of: 152.42 is quite a unique poetry video, but I can say those that like spoken word artists such as Buddy Wakefield, Saul Williams, or Listener would certainly dig the works of Chris Bernstorf.
Notes:
-This short film is streaming on YouTube.
Fun Facts:
-152.42 is originally from Chris Bernstorf’s album The Sidewalk Hymns that you can download from his Bandcamp page.

-Chris Bernstorf has been active in the spoken word scene since 2010 and has played festivals such as the late Cornerstone Festival and Audiofeed.

I needed something completely different, yet involving something familiar. Truth is, I really like poetry and I enjoy writing it. Spoken word is something I’ve liked for years. When I heard that a certain spoken word artist that I’ve known for years had a short film that was based on his longest recorded poem, I had to watch it and review it.

152.42 is a twelve-minute poem from Chris Bernstorf. He’s a poet originally from Northern Virginia although now based in Michigan. Several of his poems involve existential issues, people, and spiritual matters. However, he’s heavily influenced by death metal and hardcore, so he’s had a knack for screaming in a few of his works. Trust me, he could make a mosh pit without any instrumentation. One of his old t-shirts claimed that poetry is metal.

I’ve been familiar with Chris Bernstorf for years now and I thought it was cool how he re-contextualized one of his poems into a short film. It’s both straightforward yet abstract as he’s walking around spitting all these lyrics to the hiss of a turntable playing in multiple backgrounds. There is also an assemblage of footage from what looks like several states and/or possibly some different countries. A mix of house show footage, rollerblading, dancing, moshing, and several other things coalesce in this visual interpretation of Bernstorf’s epic poem. The production quality is very crisp and surprisingly flows together in one large poetic video.

Chris Bernstorf is certainly a master of words as he creates various metaphors or looks at things differently than others without coming off as pretentious. So many references and subjects are brought up throughout 152.42 such as Russian literature, social events, Pokemon cards, Chick-Fil-A, and several other things that one wouldn’t think could flow together in a poem. However, it’s handled so cohesively and a lot like random non-sequiturs. Granted, Christian themes are a huge motif in his oeuvre of work, but they are done in different ways. One standout line when talking about the Most High is something that Christian artists wouldn’t have the testicular fortitude to say: “Jesus was probably brown and looked like a terrorist.” WOW. Regardless of your thoughts about Christianity or religion in general, that is a brave line and surprisingly accurate since Jesus was born in Bethlehem which is in modern-day Palestine (saying nothing about the Bible saying He had copper-like skin). Don’t believe me, then look at a map. The words here are so powerful and Bernstorf is certainly able to keep anyone’s attention for an extended period of time.

While 152.42 is an ambitious poetic piece and short film, it’s not for everyone when it comes to the presentation. For those that like musical accompaniment when it comes to poetry, this could be a downer. It’s not a music video by any stretch of the imagination. As I’ve said before, there are Biblical references, so this could turn away those who get touchy around religion. Some of the footage while looking nice can be random in regards to the lyrics. One lyrical issue that I had was the part where Chris Bernstorf name-drops languages and dialects. He mentions some foreign languages, but it gets to one part where he says to “shout with me in Ebonics” which rubbed me the wrong way despite the rest of the poem faring very well. If you’ve read some of my other reviews involving certain documentaries, one can guess why I would have umbrage with that line. Otherwise, those are the flaws that I’ve noticed.

152.42: The Film was certainly a creative endeavor for Chris Bernstorf. He certainly has a passion for poetry that can’t be denied. The cinematography is great and I liked the recurring image of the turntable being one of the constant images for its metaphorical quality. The delivery of his poems is certainly strong and forces the viewer to pay attention. There were a few lyrical issues and some of the Christian imagery can rub people the wrong way though. This is certainly worth watching all twelve minutes nonetheless. Recommended.

Adjustable Point System:
Add 1 point if you’re big into poetry.
Subtract 3-4 points if you don’t like religious imagery in lyrics.

Pros:
-Creative and well-done visuals
-Chris Bernstorf’s hardcore delivery and wordplay
-Some of the visual metaphors

Cons:
-Some questionable lyrical choices like the Ebonics line
-Religious references can turn some people off
-The imagery can be too abstract for some

Content Warning: Chris Bernstorf has clean lyrics, so all of his stuff even outside of 152.42 would be safe for everyone’s ears. However, there are some violent lyrics thrown in like the line about terrorists hacking people who are “the wrong oppressors” in one part of the poem though.