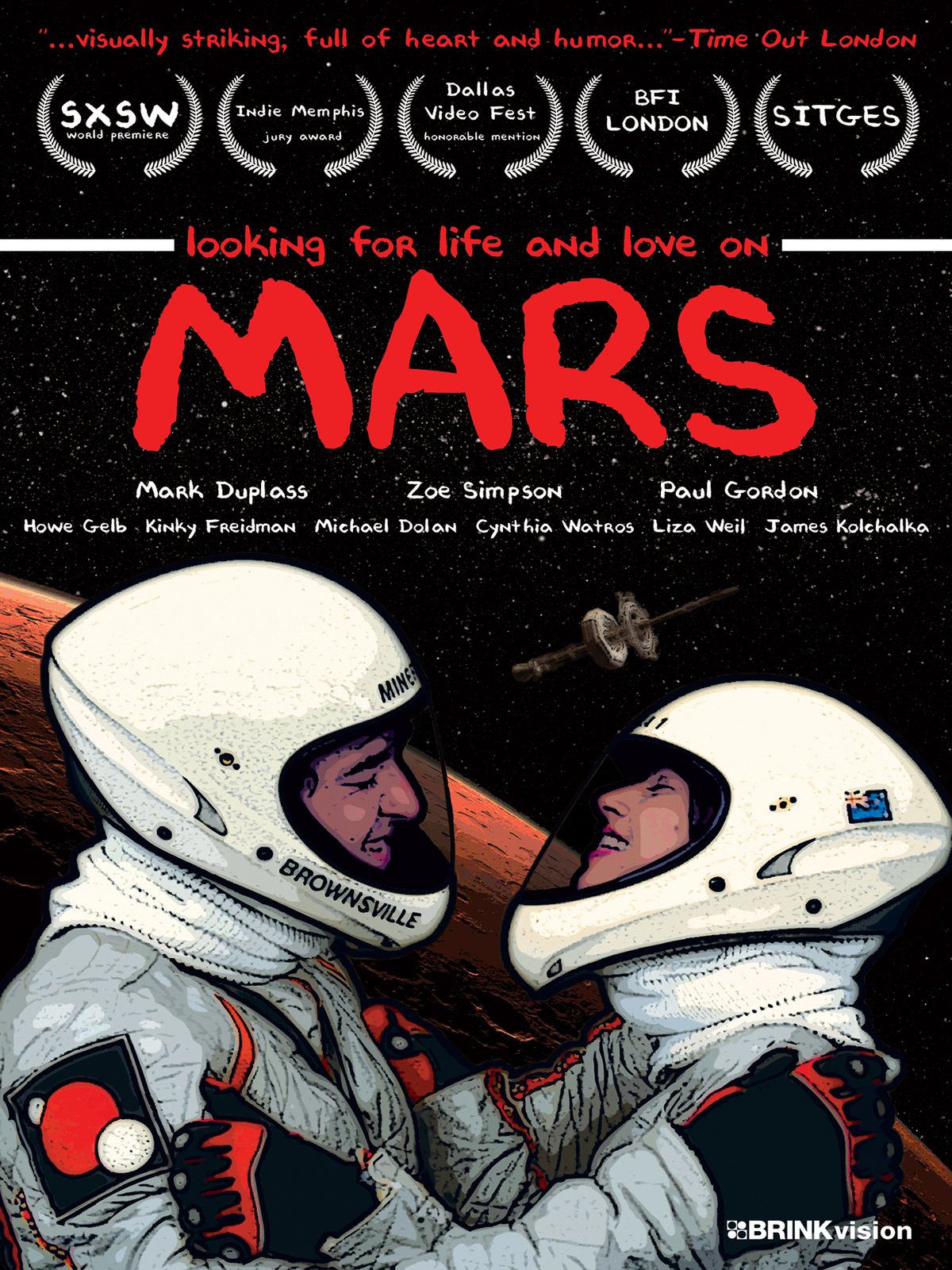 -Hilarious in Hindsight: The President is portrayed by actor Kinky Friedman. On Mars, the White House has a giant flag of Texas on top of the building instead of the United States flag. Kinky Friedman actually tried to run for political office back in 2006 as an independent for the position of Texas’s governor, yet he lost to Rick Perry. Also from a character perspective, he might take the “Don’t mess with Texas” quote more seriously than George W. Bush ever did in this film.

-Animator Don Hertzfelt makes a cameo as a reporter in this film. You might know him for the Rejected short film. Don’t know what I’m talking about? Do the words “My spoon is too big.” or “I am the queen of France!” mean anything to you? If they do, then THAT’S the same short he created.

-Howe Gelb doubles as both the composer and an actor for Mars.

American animated films have been a rarity for me to review there. As one should know by now, I intentionally shy away from the usual suspects from the Big Six companies more often than not. Expect me to review the latest movie from the House of Mouse or their biggest animated subsidiary Pixar? Forget it. Want me to review whatever Dreamworks is doing in their animation department? Nope! Maybe giving studio Illumination or Blue Sky a try? Yeah, how about not. An even rarer form of animation is rotoscoping. The only other film I can think of made in America that consistently used that production method by using animation over the filming of real-life actors was A Scanner Darkly. I had to look for independent or at least lesser-known American animated works as I scoured for content for Iridium Eye, and I saw this rotoscoped work as a random pick.

Ground Control, we now have a pick for the Iridium Eye treatment.

Mars starts out in an alternate 2004 where an unmanned droid called the Beagle is sent to the fourth planet from the sun. Unfortunately, things don’t go according to plan as the droid doesn’t recover from the landing. Eleven years later in a then-future of 2015 (hey, this movie was made in 2010, you know), a trio of astronauts is going to be the first manned crew to visit the red planet. There’s Charlie Brownsville (insert Peanuts joke here) who’s an astronaut who only has the skill of spacewalking. The other two people on the team are the engineer Hank Morrison who’s a jaded astronaut that is cold and calculated. The final member of the crew is the New Zealander named Casey Cook. She’s adept at astrophysics and has dreamed of going to Mars roughly all of her life. Meanwhile, the European Space Agency has plans on reaching Mars with their advanced droid named ART. Both NASA and the ESA want to see what the planet is like and to wonder if there really is life there.

I didn’t expect this movie to be the way that it was for better or worse. A sci-fi movie with romance and comedy elements was certainly going to be interesting even though I didn’t know how it would play out. The Charlie character started out as really annoying at first, but he eventually grew on me. I could surprisingly relate to his self-deprecation and his teammates feeding into it by calling him expendable and being a redundancy to the rest of the crew. He becomes more competent than expected by doing some great things and at one point risking his life to save the ship in an unlikely heroic scene. I did think it was a little funny how he was also able to sew his own custom-made spacesuits. A man who can sew? I’m sure he and Ishida from Bleach would be good friends in that regard. Casey was another good character. She does come off as arrogant at first when she introduces herself as being “a better astronaut than you [Charlie] are.” after Charlie gets out of line. She has relatable goals in wanting to go on Mars as seen in some of her flashbacks. Hank is the jaded man who is the brains behind the operation. He tends to be calculating, but he harbors dark secrets against his teammates as he’s blindly following orders from the cruel NASA commander Shep. Hank does slowly come around which was nice. Also, am I the only person who thinks he looks like a surly and skinnier version of Dean Ambrose? One notable character was the President. He was easily the funniest person on Mars where he always has a cigar on his person, cracks deadpan jokes, and has a “murica-first” kind of humor like how he called ART (who was invented by an American) something as “American as Pocahontas, French Fries, and Burt Reynolds” among other random things. He was definitely a riot whenever he got screen time.

This is now the time where I execute the famous “Houston, we have a problem” cliched quote in regards to the less savory things about Mars. The biggest one for me was the animation production. I’m sorry, but anyone with just a rudimentary knowledge of Final Cut Pro or even basic software like iMovie could make a movie more visually appealing with this just by using a comic book filter. I get they were going for a living comic book feel, but the visuals were way too ugly and the CGI was too clunky for its own good. The green screen effects were painfully obvious as the backgrounds didn’t mesh with the rotoscoped actors. I also thought most of the humor wasn’t that funny and came off as really “hipster-ish” in its underacted and dry performances. It was like watching a mumblecore movie with bad rotoscoping directed by Wes Anderson indulging in way too many sedatives. The whole space race aspect between NASA and the ESA was just laughably dated and would only be worse if it were the Russians in the ESA’s position.

In addition to everything else, there were too many gross things going on that would make the Shrek franchise look dignified. SPOILER ALERT: In one major scene where Charlie and Casey are on Mars, both of them need to use the bathroom. Casey tells him to check something out where she whips out a space-age tube from her suit and pees out the words “I [heart] U” on the Martian ground. Charlie responds by urinating the words “Casey and Charlie forever”. That has to be the most disgusting romantic moment I have ever seen in a movie. So many things were unsavory for me.

Mars was a crash landing of a movie. The abysmal animation made my eyes hurt halfway into the film. The musical score was just too weird and hipster-pandering with the compositions. While there were some interesting characters and some funny moments, most of the dialog and acting were just dull. There were too many nasty moments like the infamous urination scene in the final act or other instances of gross-out humor sprinkled in. How did this film get high scores in different places? Mars isn’t the best example of animated sci-fi.

Pros:
-The President and his funny scenes
-Charlie’s character development
-Some funny moments

Content Warning: Mars is suited for teens and up. There’s some language and the President is always smoking a cigar even during press conferences. The biggest issue would be some gross-out humor like peeing being used as a plot point and form of character development, mooning some TV reporters (Get it? Because two of the astronauts are wearing underwear that says “Deimos” and “Phobos” respectively and those are Mars’s two moons!), and some innuendo thrown in.