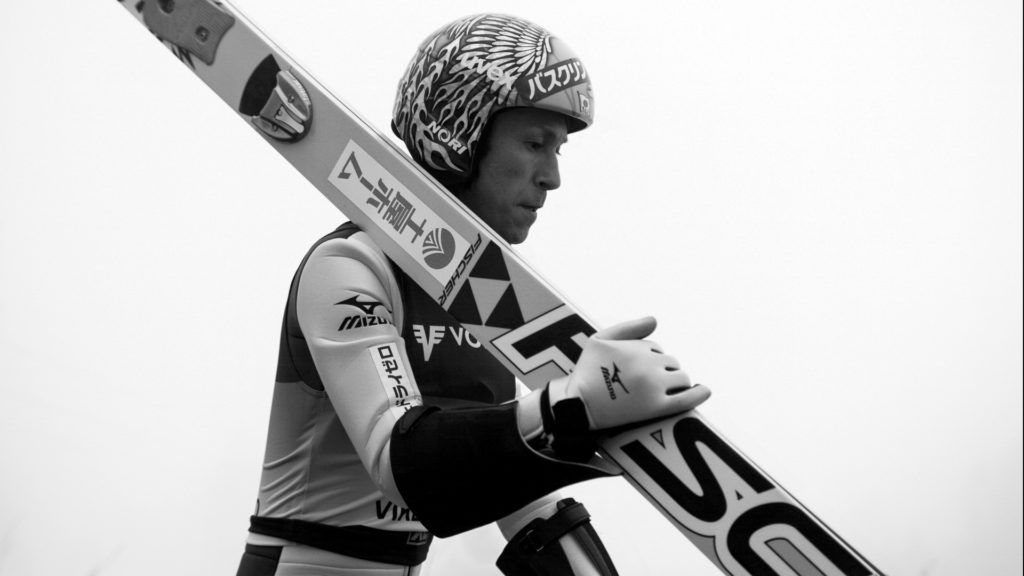 -Noriaki Kasai is a decorated ski jumper. This ski jumper from Shimokawa, Japan has appeared at more Winter Olympics than any other athlete in history (8 after this year’s Olympics), and has a Guinness World Record for the most starts at Word Cups. Noriaki is a three-time medalist at the Winter Games and is the oldest active ski jumper who is 45 years old and turns 46 this June.

-Director Bjørn Ståle Bratberg has also worked on music videos for Esso and Franz Ferdinand. He’s directed commercials for Stella Artois and has been a part of films such as Batsman and Ballerina, The Debt, and Rafiki (no, that movie has nothing to do with some eccentric baboon with a staff).

-Nerd Bonus: Hold up! There’s a Triforce on Noriaki’s skiis! Link would be proud of him.

Short sports documentaries have been popping up ever since I got into the documentary Beatrice. Short films in general are quick and easy for me to review as I deal with other priorities (work, my other blogs, my creative works, etc.). I went to the Staff Picks section on Vimeo to immerse myself in some hidden gems from that amazing video website.

Noriaki is about a ski jumper of the same name. He’s a Japanese ski jumper who’s been working at his craft for over three decades and he’s still practicing that sport to this day. The documentary focuses on his competition in Norway as he competes against people around the world. He discusses his dreams of “flying” as he competes and also does not want to lose.

Here goes another film where I check out a sport that doesn’t get as much coverage besides the Winter Olympics.

This was an intriguing take seeing this middle-aged ski jumper going around still proving that he still has it. Noriaki Kasai is the only narrator around in this documentary and I was surprised with how little dialog there was even with the short run time. This isn’t a flaw of the film as I thought it was short, yet to the point of getting inside this Japanese ski jumper’s mind. There’s plenty of aerodynamic action on the slope which speaks for itself and it’s beautifully shot with a mix of professional cameras and some super 16mm cameras capturing the sport. The slow mo effects were jaw-dropping as Noriaki Kasai soars in the snowy environment which matches his recurring dreams.

Noriaki (the documentary) doesn’t always land well. I found Noriaki Kasai’s mentality to be a bit arrogant. I understand that no one likes losing, but he tries to be invincible in everything he does. There weren’t a lot of conflicts and the worst thing that happened (spoiler alert: it involves Kasai’s results in the tournament filmed there.) was really a minor convenience in hindsight. Come on, Noriaki. You’re a decorated ski jumper with tons of medals and a Guinness World Record to your name. Calm down. It was certainly cool seeing the action on the slopes, but I felt that there was little tension going on. The documentary could focus on more things like his age which is briefly mentioned, but I never felt like it was a minor issue at best.

This short documentary from the Norwegian Bratberg was a good and inoffensive watch. The ski action was amazing even without knowing all of the results. The cinematography is top-notch and I liked the usage of different filming and camera styles. Noriaki Kasai is inspirational still doing what he loves in his forties, but I found some of his ideologies to be egoistic. Noriaki was a decent watch, but I’ve seen more inspirational sports documentaries.

Content Warning: Noriaki is a tame documentary. The only objectionable thing was Noriaki Kasai saying “damn” once, but nothing else was offensive.