2018 was interesting since I was able to do some great reviews, but unfortunately, I was on a hiatus that lasted several months, so I didn’t have as much content consistently as much which I do apologize. I did notice that I got more views this year and I finally reached over 10,000 views total since Iridium Eye’s inception. Let’s start with something that was an Iridium Eye first and we’ll get on with the most viewed reviews of 2018! 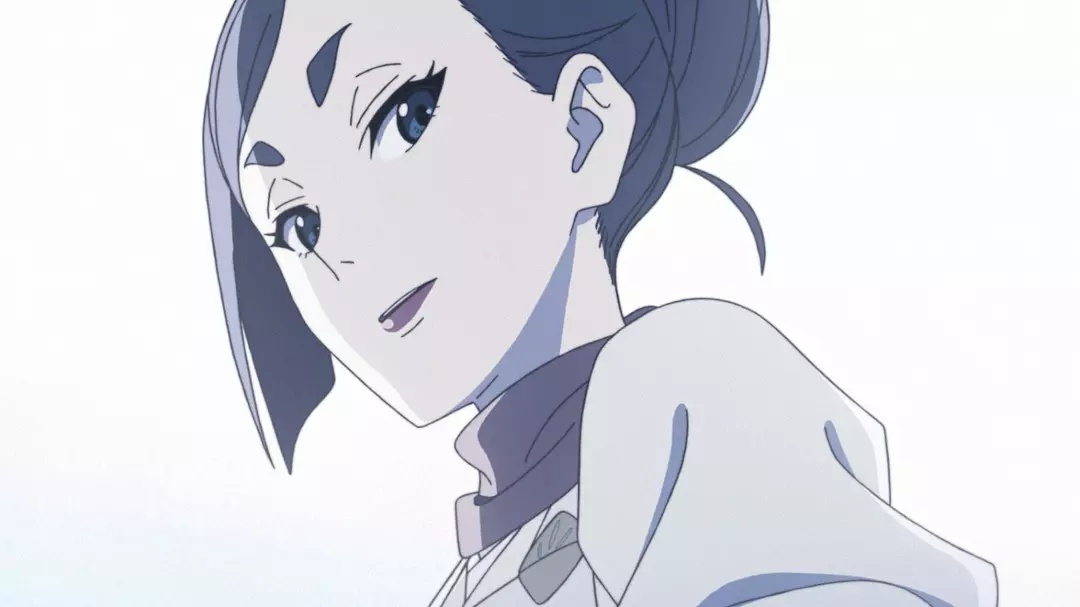 This was a huge first for me when I got to collaborate with Scott from Mechanical Anime Reviews where we checked out Studio Khara’s short series. I’m thankful to have that opportunity to talk anime with an aniblogger I respect and it allowed me to expand my horizons in my writing style in so many different ways.

Now without further ado, here are my most viewed posts of 2018!

This was a bit of a surprise for me. Mulan: Rise of a Warrior was one of my first reviews from 2017 and it was the first Chinese film I’ve ever covered on Iridium Eye. I wonder why this may have got so much attention this year? Oh, wait. I forgot. Disney is going on their live action remake train and giving this treatment to their version of Mulan. It was good that one of my older reviews got some attention nonetheless.

In 2018, my most viewed post involving a documentary involved this little movie. It was also an Iridium Eye First since The Trader (Sovdagari) was the first film from the Republic of Georgia to be featured on here. This doc was an interesting an unexpected watch on Netflix seeing the life of some business-savvy trader who deals whatever goods he can find as people pay with potatoes of all things.

8. Tie between Dareka no Manazashi and Cyborg 009: Call of Justice 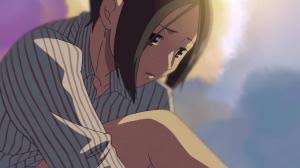 I made a goal to review everything that Makoto Shinkai directed which I succeeded in that goal. What I didn’t expect was that this short film would be my most viewed review from that director. How is it that Your Name got less views than this movie? Anyways, this was a nice contemplative piece from Shinkai that I’m glad I watched. It’s not his best film, but I would still check it out. 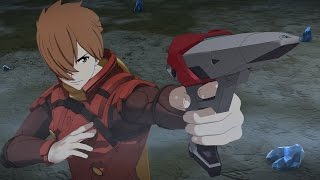 Here’s another review I did back in 2017 that suddenly got more attention for some reason in 2018. It’s also my most viewed CGI anime series although it’s not the most viewed CGI animated piece on this list (we’ll get to that later). I still wonder what got some people into Cyborg 009 in this day and age, but it’s nice that people have checked out my thoughts on this anime remake of a 60s series.

Ladies and gentlemen, this is the most viewed live-action film review on Iridium Eye on 2018, and this was written in November of 2017! Seriously, how did I get so many views about this obscure anti-war dark comedy flick? I seriously get surprised with which movies people want to know my thoughts about. If you like biting satire, dark humor, and falafel trucks, then this movie is for you. 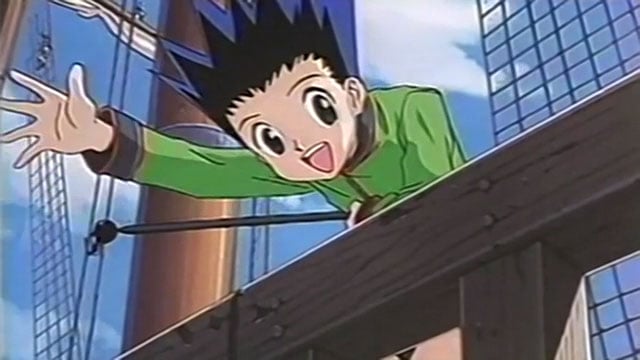 Okay, this one wasn’t surprising. It’s Hunter X Hunter, so I knew I would get some views on this obscure OVA which is the first time that manga was animated (one year before the first TV series, no less!). It’s still mind-blowing how popular that series has been over the past few years after it got remade when no one cared about it at first. Well, at least Togashi’s work is getting some attention.

You know, every time I review anything involving Kimba the White Lion/Jungle Emperor Leo on Iridium Eye, I expect to be trolled or to receive death threats from a very certain fanbase, but I somehow avoided that for now. This got a bunch of views when I posted it the same time as my Your Name review, but I thought that movie would get more attention than Hon-O-Ji. Even though it’s the lowest scored of everything I’ve reviewed involving Tezuka’s famous lion, it had great points like the morality and the potshots against THAT movie which stole from Tezuka’s work. Yes, one of them involves Claw as seen above. It’s as if they made his facial structure more similar to his clone among other things. Hee hee hee…

Robot Communications, I don’t know that many anibloggers who have been exposed to your works, but I’m happy to review your films. I’m so glad that I was exposed to that animation studio and knowing there’s quality modern animated shorts out there. Golden Time was unique and I’m glad people have checked out my thoughts on this heartfelt story involving old appliances and toys of all things. Trust me, there’s a ton more depth than what you’d expect.

Here’s yet another example of something I reviewed back in 2017 that just happened to get more attention last year. I can easily surmise why this crossover OVA got attention which I think should be obvious to the otaku that check out my blog. After Devilman Crybaby came out, I somehow expected this review to get some hits because of the title character being in this one as newer anime fans were exposed to Go Nagai. Sure, it’s not canon to anything in that series, but there are fun fight scenes in this one.

The one true king still sits at #3 in my most viewed reviews? Wow! This sequel/remake involving the adult version of Leo (or Kimba) still getting views is certainly mind-blowing. Funny enough, I don’t think anyone liked or commented on that review, but it got a bunch of Google searches for some reason. I’m sure one of those reasons involved that controversy or maybe (hopefully, if they did their research) how this film almost got banned from North America because of the existence of that copycat movie, but that’s a story for another day. One point I do have to mention about Jungle Emperor Leo is how all these Sakuga fans NEVER put this film in their lists. I certainly know this take on Leo/Kimba was better animated than tons more anime movies and even Western animated films that same decade, but I never see anyone hyping up the production on this film. Seriously, Sakuga subculture can be so selective.

It still amazes me how many people checked out my review of this little CGI film. This is still the highest-reviewed Western film (animated AND live-action), so I guess Germany could be proud. A Stork’s Journey still was #1 for the longest time throughout 2018, too. I didn’t realize people wanted to see Drake Bell in a movie still in the English dub, but I could be wrong.

1. The House of Small Cubes 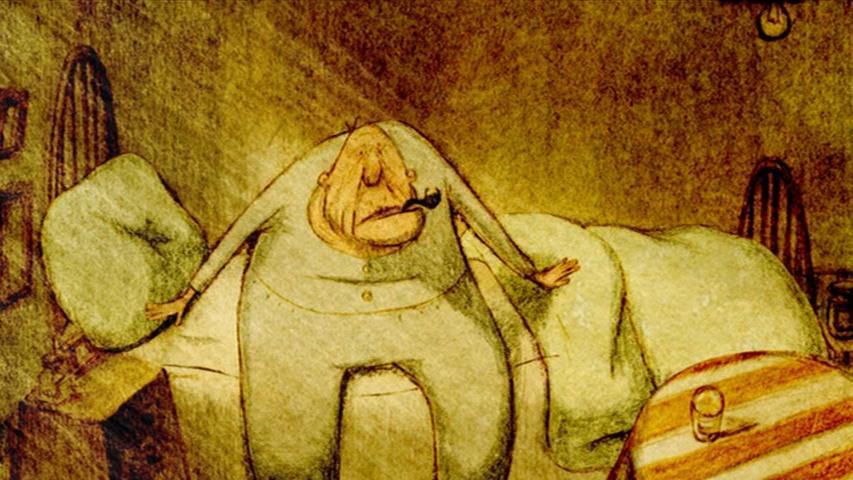 Robot Communications, we meet again. I don’t know how this happened, but my most viewed post of 2018 was this Oscar-winning anime short film. Did that many people decide to check out the works from this studio? I’m glad it’s on Netflix now, but I’m still flabbergasted how many people checked it out especially in the 2nd half of 2018. The House of Small Cubes is such a bittersweet movie and even the few anibloggers who know about this short film said they teared up watching it which I wouldn’t blame them.

Those are my most viewed reviews on Iridium Eye! Did you read any of those posts? Did you watch any of these films on this list? If not, which ones would you want to see? What were your favorite posts I did in 2018?

Have a Happy New Year, everybody!

The House of Small Cubes and Golden Time are both property of Robot Communications and the screenshots are from Filmaffinity and Supertran respectively.

A Stork’s Journey is property of Grindstone, Lionsgate, and Google Play and the screenshot is from The Hollywood Reporter.

Cyborg 009: Call of Justice and Cyborg 009 Vs. Devilman are property of Ishinomori Productions, Production I. G., and Go Nagai. The screenshots are from My Anime List and Otaku USA Magazine respectively.

Hunter X Hunter Jump Festa OVA is property of Yoshihiro Togashi and Studio Pierrot. The screenshot is from anime-planet.

Atomic Falafel is property of Dror Shaul. The screenshot is from The Cleveland International Film Festival.

Dareka no Manazashi is property of Makoto Shinkai and Comix Wave. The screenshot is from The Outerhaven.

The Trader (Sovdagari) is property of Netflix. The screenshot is from YouTube.

Mulan: Rise of a Warrior is property of Giant Ape and Funimation. The screenshot is from The MovieDB.

The Dragon Dentist is property of Studio Khara and Sentai Filmworks. The screenshot is from IMDb.