I was hit with the liebe gun (pardon the Kiss reference). Liebster Award Time! 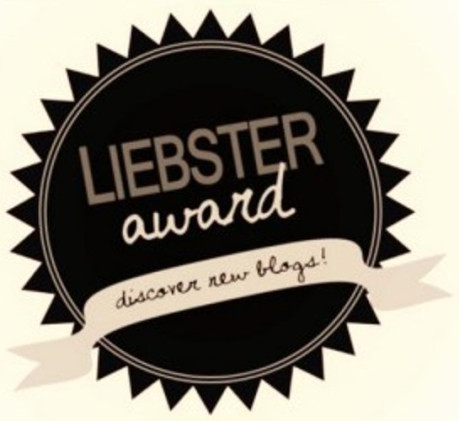 I found out I was nominated by Sally from 18 Cinema Lane! Thank you very much, Sally! I really appreciate it. Definitely check out her blog!

Here are the rules for the Liebster Award:

1.Thank the nominator in your award post.
2. Place the award logo somewhere on your blog.
3. Share 11 facts about yourself.
4. Answer the questions your nominator provided.
5. Nominate up to 11 nominees
6. Ask your nominees 11 questions.

Looks like the first two rules took care of themselves. Let’s start the rest of this.

1. The only country I’ve been outside the US is Ecuador which would make the movie Cronicas the only foreign film I’ve seen where I’ve actually been to the country. Of course I would never expect Sid the Sloth (John Leguizamo) to be a serious news reporter or Doctor Octopus (Alfred Molina) to have a cameo as a Spanish-language anchorman for an Ecuadorian movie.

2. I’ve actually met some of the people whom have been in the movies that were featured on the blog such as Crispin Freeman, Leper, and Chris Bernstorf to name a few.

3. I have directed music videos for bands from England, Scotland, Germany, and South Africa.

4. The biggest film festival I’ve been to is the Chicago International Film Festival and that was during my time as an undergrad.

5. My first experience editing was making AMVs with Window Movie Maker during my teenage years.

6. One of my goals is to write, direct, and score my own short film. I wonder when that will happen.

7. I have visited the historic downtown square in Woodstock, Illinois where Groundhog Day was filmed multiple times. I actually have a friend from that town and I used to live not far away from that area.

8. One celebrity of sorts that I met when I was a little kid was Shari Lewis of Lamb Chop’s Play Along fame (any 90s kids remember that show?). My sister and I watched that show when we were very young. I don’t know why this happened, but apparently she did a meet and greet event at a Target of all places somewhere in the Chicago suburbs far away from where I lived at the time and my mom was dead set on driving us wherever to see her.

9. My sister has actually been an extra on Chicago Fire in an episode.

10. When I had a long goatee years ago, some ex-co-workers said I looked like a younger Jafar. That was super awkward hearing that. It’s been shaved a long time ago and it wasn’t because of that comment.

My answers to Sally’s questions:

1. What is the most recent blog you started following?

That would be The Classic Anime Museum. Major props for covering Toward The Terra!

2. Which blog post do you think is your most creative?

On here? I’m not sure which one of my reviews was the most creative. I think my Top 7 Most Bizarre Iridium Eye Facts was inventive.

3. Is there a book you would not want to see adapted into a film? If so, which one?

Nothing at the top of my head, but I have a bad feeling that the Neil Gaiman graphic novel of Black Orchid would be terrible if it was in the wrong hands.

4. What is your favorite TV show episode?

I guess I can cheat and use anime. Hee hee! The final episode of Haibane Renmei left a huge impact even with the more open ending. The resolution of Reki’s character development really spoke to me.

5. Which movie related anniversary are you excited for?

I don’t know which movie has a special anniversary this year. Sorry.

6. Have you ever been to a convention? If so, what was a stand-out moment for you?

Never been to one.

7. What is the best or worst experience you’ve had at a movie theater?

I think the worst experience at a movie theater was when I saw The Avengers. The projectionist botched the film and had to be reset and the people were demanding refunds

8. Do you have any current goals for you blog? If so, what are they?

-Watch 5 African films from countries I didn’t cover yet (I got one down with Gabon).

9. Which restaurant was the last one you ate at?

Dunkin’ Donuts…I gave in and had the Beyond Sausage sandwich. It was better than I expected, but I’ve cooked better meals despite being a noob chef myself. At least I got to live meatless though.

10. Has there been a moment when your expectations were not met (for better or worse)? If so, what was it?

The last one was RErideD. Boy, was that a HUGE step down from Texhnolyze and Haibane Renmei as far as Yoshitoshi ABe’s works are concerned. That anime could’ve been so much more inventive and just better!

11. What is your favorite kind of dessert?

Peach pie and cookie dough ice cream are fighting neck and neck for that position.

My questions for my nominees:

1. What is something that deserves a remake in your opinion?
2. What subject or topic would you like to see in a documentary?
3. If you could have a crossover between an anime and a Western animation series or movie, which two would you have together?
4. If you could play a board game with three actors what board game would you play and which actors would play with you?
5. Which book, comic, or video game do you think could work as a movie or TV series?
6. If there was a musical based on your favorite band, what songs would you use and what would the plot be like?
7. If you can take one character from one series or movie and drop them in a completely different series or movie, who would you take there, what universe would they be in, and would they make it?
8. What is the most obscure movie you remember watching?
9. What sport would you like to be featured in a movie, TV series, or animation that you think would be interesting to see if the story is done well?
10. What inspires you the most about cinema?