Madchester: The Sound of the North Review 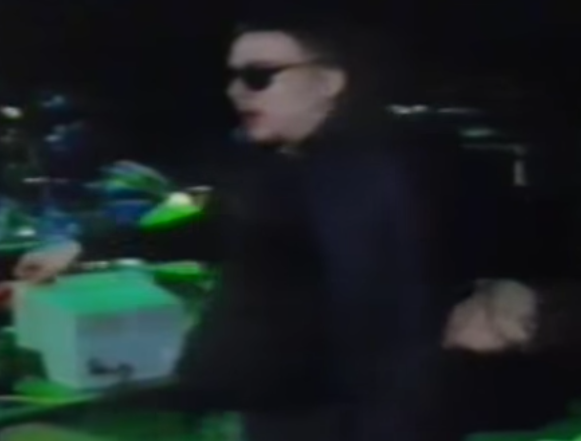 AKA: Madchester (1990)
Genre: Music Documentary
Year Released: 1990
Distributor: ITV Granada
Origin: England
Running Time: 53 minutes
Rating/Recommended Audience: 15+
Related Films/Series: N/A
For Fans Of: Generation E, 24 Hour Party People, Britpop Now, The Summer of Rave 1989, Madchester: Sound of the Past, Cities In the Park, The New Youth of Madchester
Notes:
-This documentary was a TV special for the program Celebration. It has been out of circulation, but it can be found on YouTube.
Fun Facts:
-Manchester is the 5th largest city in England with over half a million people, yet it has the 2nd largest urban area next to London when you count the other towns and suburbs in that region. Some famous people associated with this city include Anthony Burgess (the author of A Clockwork Orange), Davy Jones from The Monkees, boxing brothers Tyson and Tommy Fury, The Bee Gees, and Tom Chantrell who is famous for his artwork for movie posters such as Star Wars or The Sound of Music.

-Inspiral Carpets would have a certain roadie with them who also tied to be a new lead singer after their original one left in their career. Who would this person be? Noel Gallagher. I can’t make this up. The same person currently leading the eponymous Noel Gallagher’s High Flying Birds as well as being the guitarist for a certain mega-successful Manchester band called Oasis worked for Inspiral Carpets before becoming famous.

-Graham Massey from 808 State actually co-wrote as well as engineered Bjork’s song “Army of Me” outside of his work in that electronic band.

-Otaku Bonus: One of the bands shown and mentioned is The Stone Roses. They had a song called “I Am the Resurrection” which is where the anime Listeners named an episode after that song. Also, notice how the name of the main city is called Liverchester and The Stone Roses are directly from Manchester.

-Detroit-based musician Derrick May shows up in Madchester to collaborate with A Guy Named Gerald. He’s considered to be one of the innovators of techno and house music. He’s best known for the track “Strings of Life” as well has having his music either featured or composed for Midnight Club: Street Racing as well as the live action Tekken movie.

Music documentaries are no stranger to me, but I rarely had the chance to cover documentaries that focused on a particular subculture or scene of sorts. The first time I really focused on such a topic was one of my earlier reviews in 2017 with A Light In the Darkness which was about the Christian Goth subculture of all things. There was also March of the Gods which dealt with the Botswanan metal music scene. One slight example which came to reviewing anything in the realm of music scenes was Road Back to Malice where Welsh wrestler Flash Morgan Webster incorporates the mod fashion and music into his gimmick as well as being a fan of that scene in real life. Things would take an unexpected turn when I randomly decided to look for things associated with one of the cities in Northern England. Not Sunderland like with my Sunderland ‘Til I Die Reviews, but with Manchester. That city got my attention when I looked at various slang terms (saying nothing about how I learned to do a Mancunian accent in a college class [It’s a long story]) as well as finding out about how musical of a city it was. Sure, I knew Oasis, Joy Division, New Order, The Smiths, EMF, or The Ting Tings were from there, but I didn’t realize how big of an impact it was in the UK let alone the world. Even my friends in Oceans & Oceans would cover “I Wanna Be Adored” by The Stone Roses and I didn’t even know that the latter consisted of Mancs. Here’s the video for proof.

What I wasn’t aware of too much was how there was an original music, art, and fashion subculture associated with that Northern English city. This fusion of indie rock, house, psychedelia, rap, and other genres blended themselves into something unique and I thought it would be fascinating to see how not everything musical in England is from the London area.

Sorry for mithering you with the intro. It’s time for me to use my loaf to review this doc involving this 90s subculture. Is it mint or proper bobbins? D’you know what I mean? Bonus points if you read this part of the review in a Manc accent. Okay, moving on.

Madchester: The Sound of the North is a made-for-TV documentary dealing with the rising scene from Manchester. In the 80s and the early 90s, there was a subculture growing that was unique compared to the rest of England. After the Sex Pistols played one of their major shows outside the London region in Manchester, people were inspired to make music. Bands such as Joy Division and The Smiths were starting out strong in the 80s. The remaining members of Joy Division eventually created New Order after lead singer Ian Curtis died and they also created a venue called The Hacienda. This lead to an in-house explosion of various bands in that time frame such as Inspiral Carpets, The Stone Roses, Happy Mondays, Northside, 808 State, and many more who were creating their own unique genre of music in the city which would be known as Madchester. Not only that, but you had lots of fashion changes with bright colors and baggy outfits. There was even art with abstract paintings as some kind of neo-pop art renaissance going on. Outside of the Hacienda venue, these bands would tour nationally and internationally, set up house shows, and even warehouse raves. Would this put Manchester on the music and cultural map even back in 1990 at the time it was filmed?

This was a fascinating glimpse into England’s musical history. I was intrigued with how much pride there was for the city to do something original with their music and art. This is shown with the various bands being interviewed and even with people talking about various contrasts with other parts of the country. One point that was brought up was The Beatles’s success just a few decades earlier. It was mentioned how they left Liverpool (funny enough, that city still has a rivalry with Manchester, just saying) to move to London after blowing up in popularity while so many of these Mancunian artists stay put to build their own labels, venues, record shops, and other avenues while still having success and even major label exposure. There was definitely a DIY spirit which I certainly admire even though many of these bands would get signed onto mainstream labels. I liked how so many of these artists have carved their own urban identity to the point where you just know you’re listening to a Manchester band with the musical themes. The music itself ranged from some straightforward indie rock with Northside, techno/rock fusions with Happy Mondays, or house music with improvisational elements with 808 State to name a few. I did find it interesting to get insight from music industry figures, the bands, as well as various locals to talk about different parts of the music scene in the North. I’m glad that it wasn’t just about the music, but having multiple segments involving the fashion and art. You can see some of the ideology going on into why they had these aesthetics. While the scene was brief, I thought there was a highlight with Derrick May and A Guy Named Gerald. It was awesome seeing the international collaboration aspect when they make beats in Detroit, but to see some elements similar to both musical cities especially when you consider how this Michigan hub kicked off Motown, Detroit Blues, various hard rock bands, and especially at the time with house music (that’s not even counting the Midwest Hip-Hop scene years later with Esham, Eminem, or to a lesser extent Big Sean). That had so much fridge brilliance.

The Madchester documentary could be proper fettled in certain ways (my inner Manc has appeared again!). The filming is certainly dated. It was made in 1990 and it really shows. I don’t want to throw the “Unintentional Period Piece” term for a documentary since this was filmed at the time thirty years ago, but this really comes off as a historical music documentary in hindsight, let’s be honest here. The fashions and technology are quite archaic with the giant phones, very old-school computers, and a photo slideshow is used in one of NME’s business meetings to debate various potential magazine covers when someone would easily Powerpoint that stuff with a digital projector even back in the 2000s. The notion that Manchester could be taking over the music scene worldwide is hilarious to me even by early 90s standards since Seattle, Washington would strongly disagree with that statement not even a year after this doc was made **cough** Nirvana **cough** Pearl Jam **cough** Alice In Chains **cough**. While I do applaud the attempt to make unique music and art aesthetic in Manchester, I was not a fan of some of the reasons why the music was made. It became clear during Northside’s performance of their song “Take a Trip”. That song isn’t about going on vacation or going to some local hangout place. They literally sing about LSD in the intro and in the chorus. Not only that, but you had a ton of drug usage with the aforementioned acid, heroin, and ecstasy. Going back to EMF who were associated with that scene, their name stands for Ecstasy Mother…YOU GET THE POINT! Okay, I did get a chuckle when one of the music reporters casually mentioned how that drug “can make white men dance” (this was a white man who said this, too), but it just makes the scene look shallow as well as Happy Mondays mentioning how their lead singer has a habit of forgetting the lyrics at live shows as well as how the band or their fans don’t care about what’s being sung. There was also uncomfortable stuff that bordered on cultural appropriation with 808 State admitting that they wanted to make some “black music” or how MC Tunes came off as a British Vanilla Ice to me even if he did have a legit “bad boy” background and being a slightly better lyricist. I don’t fault them for making music and they seemed to like rap and house music, but I felt that how they worded things about those interests could’ve been handled better.

This was a quirky look into a British musical trend. It was interesting with the multiple musical examples as well as covering fashion and art. While the filming was competent, it got aged so much and that’s not even getting into obvious aspects of music history that would end the Madchester scene. I thought there would be more depth to the music, but I was proven wrong. Madchester would only be slightly above average for me though.

Content Advisory: Madchester would get a TV-14 if this were aired today. There’s strong language that does get into F-bomb territory with MC Tunes rapping or Happy Mondays having an argument. There’s drug usage mentioned and on display. Come on, do you think all those people dancing or playing on stage looked sober to you? I’ve never even done drugs and I could tell that one dancer with 808 State as seen in the above image looked like he was tripping on E or possibly have popped a Molly (if that was a thing in 1990) before the show.